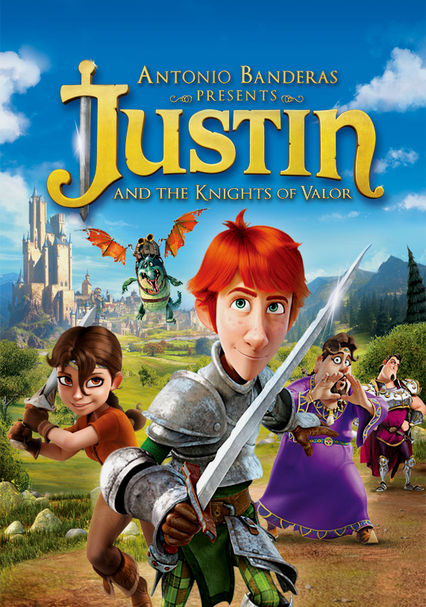 2013 PG 1h 36m DVD
In this animated saga set in medieval times, a young boy slips away from his family home and begins a long journey to pursue his dream of becoming a knight. Seeking instruction from three wise monks, he makes his way to their remote abbey.

Parents need to know that Justin and the Knights of Valor is a full-length animated film with some original songs. It takes place in medieval times with knights, ladies, wizards, and great villains, but in terms of jokes, characters, and some story elements, there is a modern sensibility (such as the inclusion of a stereotypically effeminate villain with a love of fashion; the young hero is torn between becoming a knight to save his kingdom or "going to law school"). There's lots of comedy and plenty of cartoon action, including swordplay, stabbings, and a threatening fire; a villain falls to his death. A Spanish production with prominent English-speaking actors, this theatrical film was released internationally in 2013 but is making its American debut as direct-to-DVD.

Insults are uttered in disgust: "pinhead," "idiots," "dunderheads." Some characters are the objects of laughter and derision.

Teamwork is a plus in overcoming adversity. Ordinary people can sometimes surprise with their heroism. A questionable but clearly stated message is: "If you go against your dad, you have to believe in yourself."

Several scenes take place in a pub, with beer served in flagons. A leading character is a barmaid.