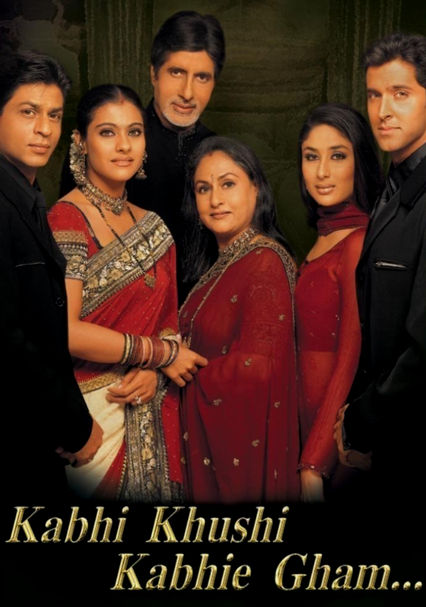 2001 NR 3h 30m DVD
Businessman Yash Raichand (Amitabh Bachchan) and his wife Nandini (Jaya Bachchan) have raised their sons with love and affection, but Yash disowns his adopted son Rahul (Shah Rukh Khan) after he marries a young woman of a lower social standing in this Bollywood classic. A decade later, younger brother Rohan (Hrithik Roshan) heads overseas to search for Rahul with the hope of reuniting his broken family.