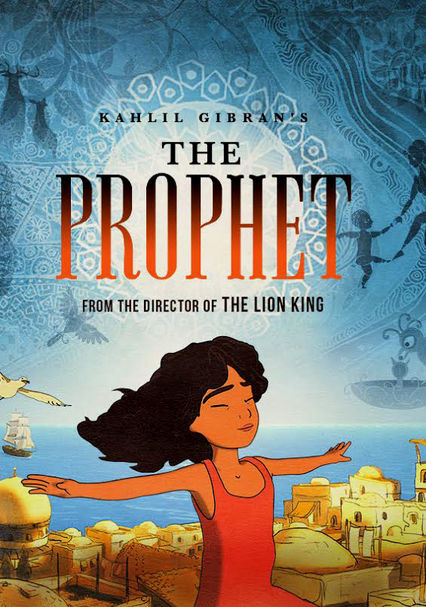 2015 PG 1h 24m DVD
This animated treasury of tales inspired by Kahlil Gibran's revered book combines the work of various artists to relate the story of dissident writer Mustafa and 8-year-old Almitra, whose paths cross the day Mustafa is released from confinement.

Anime & AnimationDramas Based on the Book