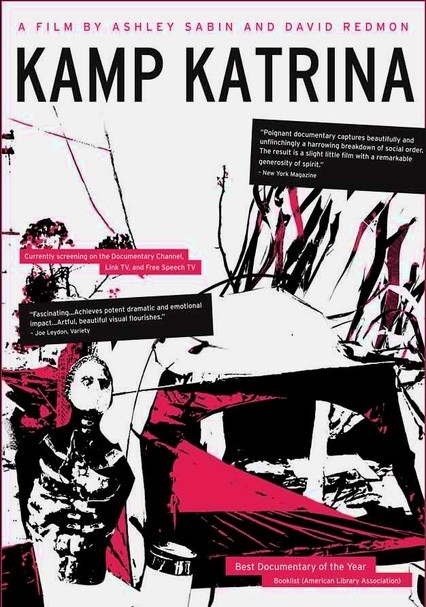 2009 NR 1h 15m DVD
In the wake of Hurricane Katrina, Ms. Pearl, an American Indian living in the 9th Ward of New Orleans, becomes mother, nurse and therapist to a group of displaced misfits, including a pregnant drug addict whom she allows to camp in her backyard. Documentary filmmakers Ashley Sabin and David Redmon capture Pearl's generosity as well as her hard-nosed approach to disciplining "guests" who were dysfunctional even before the destruction.