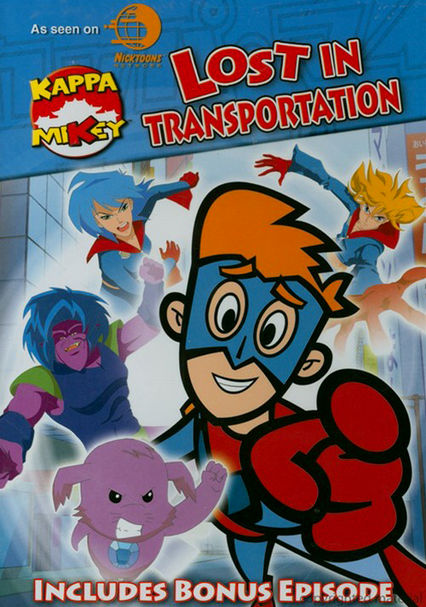 2006 NR 1h 6m DVD
When Japan's most popular anime finds itself in a ratings slump, the producers launch a worldwide contest to find a hot new animated star. But will the winner -- a colorful American cartoon named Mikey -- ever find a way to truly blend in? Hilarity ensues as cultures and animation styles collide in this clever spoof of modern cartoonery created by Larry Schwarz.

Parents need to know that this show lacks meaningful substance and has little educational value, but aside from that, it's harmless entertainment. Any violence is confined to the LilyMu scenes (the superhero show-within-a-show portion of each episode), and characters are not harmed.

In keeping with anime style, one of the female characters wears some skimpy outfits.

Futuristic (probably laser-powered) weapons are fired during the show-within-a-show scenes. No one is struck or injured.

Role models aren't exactly strong; the characters are two-dimensional, and, for the most part, they're either really high-strung, selfish, or dumb. One exception is the sweet and generous Mitsuki, who has a crush on Mikey and does everything she can to make him feel welcome in his strange surroundings. There is one brief mention of "working as a team," though the show doesn't make a huge effort to drive that point home.