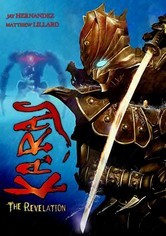 2007 NR 1h 25m DVD
With good turned evil Eko gaining power after abandoning his role as the guardian Karas, the new Karas -- Otoha -- must double his efforts to restore order and protect humans from the invisible demons that surround them in this anime series.