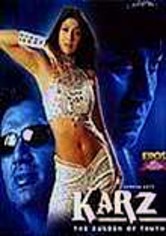 2002 NR 2h 52m DVD
Sooraj (Sunny Deol) is abandoned by his mother, Savitri (Kiran Kher), for reasons he cannot fathom. Homeless and alone, the young boy is adopted by a kind-hearted, childless widower (Rajeev Verma), who learns the tragic truth about Sooraj from a doctor. As the years pass and Sooraj becomes a man, his torment about his mother's rejection continues to haunt him and sends him on a downward spiral.