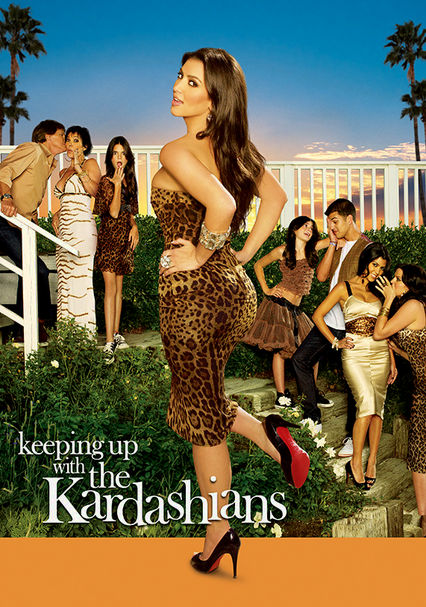 2007 TV-14 3 seasons
Strap in tight for this reality series that follows socialites Kim, Kourtney, Khloe and other members of the blended Kardashian clan as they pose for sexy photo shoots, date celebrities and hobnob with Los Angeles high society. Meanwhile, parents Kris and Bruce Jenner try to find a balance between offering their assorted progeny support while showing tough love when it comes to some of their more dramatic (and sometimes dubious) life choices.

This lively reality series blends spice and sentiment as daughter Kim poses for Playboy, the sisters fly to Mexico for a swimsuit shoot with Joe Francis and the family remembers Robert Kardashian on the anniversary of his death.

Romance is in the air in the series' second season as Kim poses for a sexy calendar for her boyfriend (gridiron superstar Reggie Bush), Rob falls for pop star Adrienne Bailon, and Kourtney and Kim set up Khloe on blind dates. Mom Kris shakes things up by getting a tattoo, while her husband, Bruce Jenner, is heading for a midlife crisis. Later, the girls travel to New Orleans and meet victims of Hurricane Katrina.

Despite their high-profile lives, the Kardashians try to keep things grounded in the third season of this cable reality series featuring siblings Kim, Kourtney, Khloe and Rob, mom Kris, her husband, Bruce Jenner, and their girls, Kendall and Kylie. From dating woes to sibling spats to touching family moments, cameras capture the Kardashian clan's ups and downs as they navigate life in the fast lane.

Parents need to know that some of the antics in this reality show make The Osbournes look like The Adventures of Ozzie and Harriet. The Kardashian brood includes a 20-something with aspirations to pose in Playboy and a tween who instinctively knows how to work a stripper pole. Alcohol is a staple of many family gatherings, and while only those of age are shown imbibing (the tweens just mix the drinks...), impressionable young eyes aren't exactly shielded from the hard-partying lifestyle. Plenty of language, too, though the strongest words (including "f--k") are bleeped.

One family member is somewhat infamous for starring in a "sex tape" that went public. Others are shown wearing clothes that barely cover their assets, posing for Playboy (which is encouraged as a career booster), and dancing on a stripper pole that was installed in the family home (the younger sibs like to "play" on it, too; it's clear they know what they're doing). Bare body parts occasionally pop up but are always blurred out. The younger sisters are around for their older siblings' escapades and are influenced by them. For example, in one episode, one of the younger girls imitated Girls Gone Wild (not showing anything, but acting it out) while her older brother's 20-ish friend filmed her with a video camera. Her parents found out and were upset, but no consequences were shown.

Siblings sometimes resort to screaming at each other to solve problems, but physical violence is rare.

Low-level swearing like "ass," "bitch," and "whore" flies freely among family members -- and so do bleeped F-bombs.

Family bonds run strong, but partying and other iffy behavior usually trumps anything more heartwarming when it comes to messages.

Name-dropping, cross-promotion, and materialism run rampant. Mentions of The Tyra Banks Show and the Pussycat Dolls; spotlight on brands like Corona beer, in addition to various wines and liquors; etc.

Cast members are occasionally shown smoking and drinking to excess. In one episode, a mother and her over-21 daughter are shown getting drunk together, while two underage tweens are shown mixing cocktails for adults.