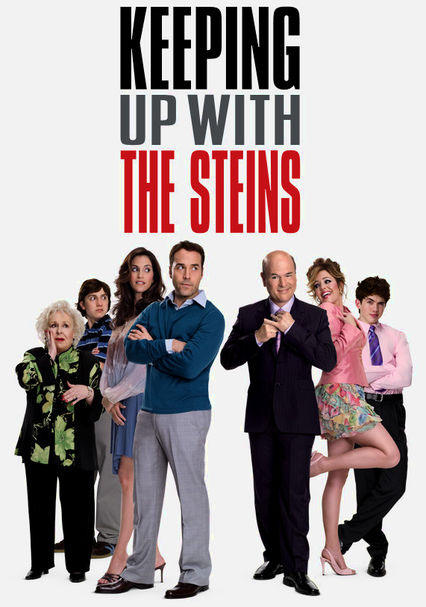 2006 PG-13 1h 30m DVD
Two parents plan an over-the-top bar mitzvah for their 13-year-old son, while the boy struggles with his own shyness and his desire to see his father and grandfather reconcile in this sharp but loving satire of materialism.

Parents need to know the film includes jokes concerning a 13-year-old boy's burgeoning sexual interests, as well as his anxiety about "becoming a man" via his bar mitzvah. Using broad Jewish, uptight-suburban, and "hippie" stereotypes, the film establishes a series of conflicts to be resolved by the end. The film includes mild language, several sexual allusions (as 13-year-olds begin to notice the opposite sex), and some underage drinking (three boys steal liquor from parents' cabinet, get tipsy, and then one throws up, whereupon his grandfather covers for him, understanding that "boys will be boys"). A grandfather and his younger girlfriend appear naked in a pool (the grandson sees their naked behinds). The grandfather pulls out a sword to fight off an angry driver.

Mostly jokey references to youthful desire (Ben has a crush on a girl and fumbles his way through asking her to his bar mitzvah); Benjamin has what looks like a sexy-girls site on his computer screen, which he hides when Adam enters his room; Irwin and his girlfriend appear naked in a pool (we see his back, and only hints of her breasts); wedding planner mentions a past job for a "Rastafarian gay marriage."

Slapsticky humor; Irwin pulls a sword on a driver who tries to fight him after a car accident (this upsets Benjamin's father).

Children lie to parents; adult child is angry at his father, who left the family 20 years ago; kids tease Benjamin, burp, and throw up (after drinking parents' liquor).

13-year-olds sneak drinks, get instantly drunk, then Ben throws up.