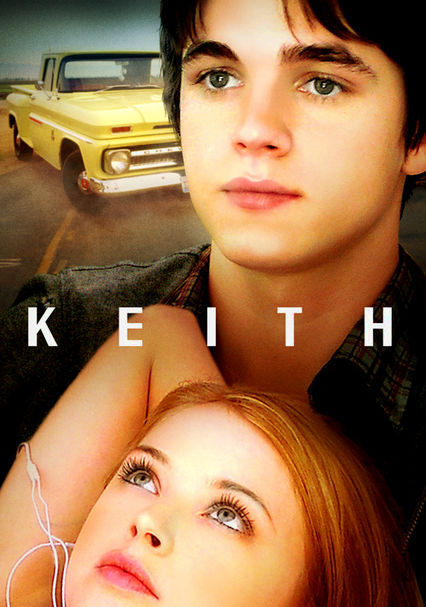 2008 NR 1h 35m DVD
Natalie (Elisabeth Harnois) is high school royalty, but her queen bee status falls apart when she falls for the new guy at school. Although Keith (Jesse McCartney) ignores her at first, they soon become friends -- even though Natalie suspects that Keith has something to hide. As the free-spirited Keith shows Natalie how to embrace what life offers, they grow closer -- until a secret tests the bounds of their relationship.

Parents need to know that Keith is a film about high school students that contains some underage drinking, sexuality, the implied loss of virginity between high school students, and some mature discussions of sex and that concerns a teen struggling with cancer. Though it's ultimately a film about how the power of love can overcome some fairly stark circumstances, there's some erratic behavior related to those circumstances, such as a disregard for school, goals, and rules, including some law-breaking and dishonesty, many of these behaviors without consequence.

The film contains a scene that implies intercourse through body movement, though the teenagers are shown only from the back up, both appearing naked, with the guy on top so there's no nudity. In another scene, a teenage couple makes out, showing a brief shot of a guy's hand groping a woman's torso. In a few scenes, sex is discussed frankly -- in one, two teenagers discuss whether she's ever "done this before." Then, the teen boy reassures his girlfriend that "it's no rush." In another scene a teenager says he used the girl he slept with. There are a few scenes of passionate kissing between teenagers and another wherein two bare butts are shown when two guys run naked into the lake at a party.

The film has a few scenes of minor peril, such as when a truck with two teenagers in the back starts rolling toward a cliff, and one of them seems lackadaisical about getting out until the very last second. A teenager jumps out of the backseat of her parents' stopped car while it's at a red light in traffic. A teenager breaks into a locker with a fire extinguisher (shown with the consequence of school suspension), and a teenage girl runs a red light, pulling out in traffic erratically and narrowly escaping causing an accident.

Keith espouses positive messages about there being more to life than making good grades and going to college -- it prioritizes experiences and enrichment over achievement.

The film implies that drinking occurs regularly at a party site out in the woods. In a few scenes, teenagers are shown behaving raucously around a fire with some ice coolers and people holding plastic cups, as if drinking. There are a few jokey references to drinking wine and learning more about smoking pot. In another brief party scene, high schoolers show up to a party with wild dancing where some people are carrying brown paper bags and sipping from what appear to be beer cans. There is no explicit drunkenness, nor is the underage drinking shown with consequence.