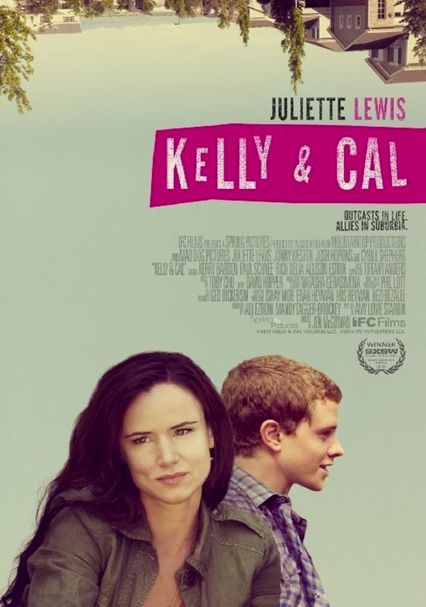 2014 R 1h 50m DVD
Struggling with the challenges of parenthood, a dispirited young mother finds an unlikely friend and confidante in her paralyzed teenage neighbor. But when their relationship crosses the line, she starts to consider the consequences.

Parents need to know that Kelly & Cal explores the unlikely friendship between a new mom who's struggling to adjust to her new role and a teenage boy who's confined to a wheelchair after an accident. The film covers intense emotional ground but is slow moving. Expect some frank, emotional discussions and a good deal of swearing (including "s--t" and "f--k."), as well as plenty of scenes showing the main characters (one of whom is a high school student) drinking beer and smoking cigarettes. There's also some kissing, a character is shown taking a vibrator to bed (she's interrupted before she can use it), and a scene in which the older woman disrobes in front of her younger friend.

Kelly and Cal have little in common besides the fact that they're both angry about what they've lost, but they must both learn to appreciate what they do have.

A character drives a Volvo and extols its safety features. He also discusses the medicinal properties of Guinness beer.

The two main characters, an adult woman and a teenage boy, spend many afternoons together drinking beer and smoking cigarettes. In one scene they get wasted, and then he gets behind the wheel of a car and they drive home. They sometimes discuss smoking pot in the past.