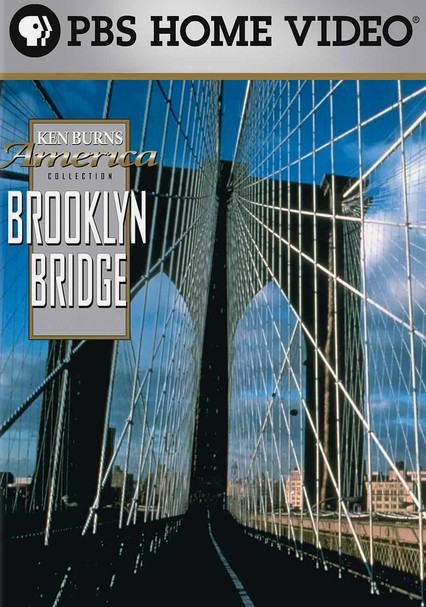 1981 NR 1h 0m DVD
Master documentary filmmaker Ken Burns is the genius behind this film that chronicles the history of New York City's fabled Brooklyn Bridge. Traversing the East River, the Brooklyn Bridge stands graceful and tall, often prominently featured in many a book and movie. Listen as such literary luminaries as Arthur Miller and Kurt Vonnegut discuss the magic of this landmark.