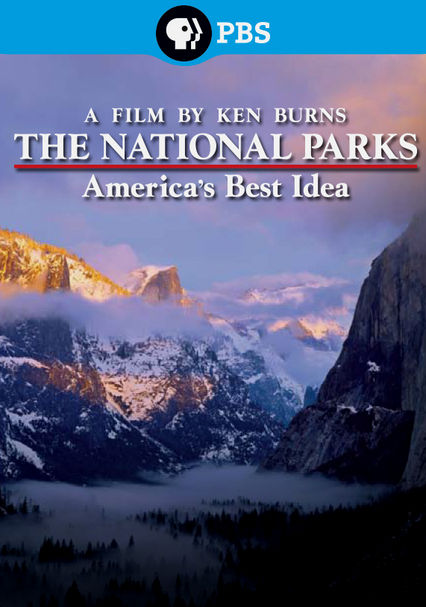 2009 NR 1 season
The award-winning documentarian turns his insight and cameras to the history and breathtaking splendor of America's national parks. The words of early naturalists and modern advocates accompany panoramas of Yosemite, Glacier, Redwood and other parks.

Narrated by actor Peter Coyote, this Emmy-winning miniseries chronicles the history of America's national parks system, recounting how visionary conservationists such as John Muir fought to preserve nature for all people.

Parents need to know that this stunning historical look at America's national parks from award-winning filmmaker Ken Burns is an excellent pick for families. More than just a collection of awe-inspiring sights, the series is also a gripping history lesson that touches on the economic, political, sociological, and geological forces at play during the formative years of America's past. While its content is mostly appropriate for any age, it will be best appreciated by tweens and teens who already have some knowledge of American history.

Men and women are shown with guns in historical photos, and the narrative sometimes includes details of the physical hardships pioneers endured while navigating the wilds of future national parks.

Very rare use of "hell."

The series celebrates the American spirit and the equalizing effect of democracy -- as reflected in the concept that the country's most spectacular treasures should belong to all citizens equally. The subject matter raises awareness of issues like deforestation and conservation. Though some content mentions the existence of indigenous people on the lands acquired by the government, not much time is devoted to describing how the change affected them.