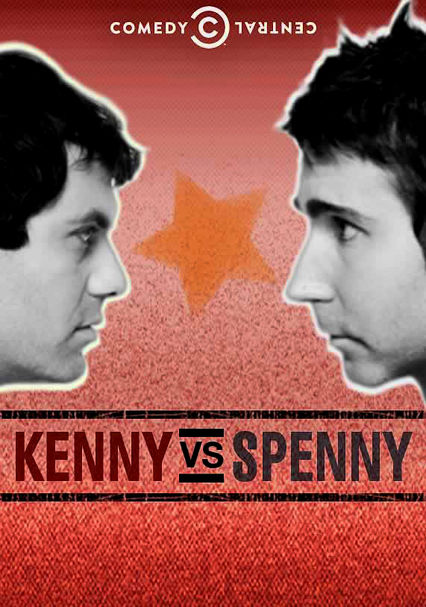 2002 TV-MA 1 season
There are some questions you just don't want to know the answers to, and "Who can blow the biggest fart?" might be one of them. But, somehow, slacker pals Kenny Hotz and Spencer Rice turn such inquiries into burning questions. Over the course of this outrageous reality series about their ongoing friendly competition, they also seek to find who can commit the most crime, who can handle more torture and who can be tied the longest to a goat.

One-upmanship reaches new depths as slackers Kenny Hotz and Spencer Rice find new and diabolical ways to prove who's top dog in these episodes from Season 4 of their hit Comedy Central show, including "Who Can Handle More Torture?" Other outlandishly inventive episodes are "Who Can Blow the Biggest Fart?" "Who Can Be Tied to a Goat the Longest?" "Who Can Commit the Most Crime?" "First Guy to Stop Singing Loses" and more.

Parents need to know that this series (which is executive produced by the creators of South Park) is all about two young men who compete in really dumb, gross activities -- from trying to measure (and excel at) flatulence to gorging themselves on meat to resisting getting an erection. Kenny and Spenny are childhood friends who, like many guys, have built a relationship around constant attempts at one-upsmanship. But unlike most people, the duo landed a TV show to document their exploits. Though they seem to be having plenty of fun filming their contests, it's much less entertaining for viewers. Expect some swearing (the strongest words are bleeped) and naked butts.

No sex, but some glimpses of male butts (particularly in the farting competition -- during which, one of the guys inserts a rubber tube into his rear end in an attempt to add more air to his system so he can break the biggest wind), and some competitions have a sex-related angle (one involves trying to go the longest without getting an erection, for example). The guys are more than willing to disrobe when a contest calls for it, and Kenny in particular seems to enjoy sitting around in his underwear, which isn't a pretty sight.

Some friendly roughhousing and good-natured insults between friends, but no violence.

Even though Kenny and Spenny have a strong friendship and good relationships with their families (some of whom make cameo appearances), their competitions -- lighting farts on fire, flirting with homosexual men to see who does "better," an obesity contest, etc. -- are the very definition of juvenile and will certainly offend some viewers. And, in their quest for victory, both are willing to cheat.