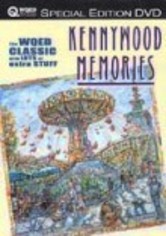 2003 NR 1h 30m DVD
Pittsburgh's Kennywood has hosted millions of guests and created countless memories since opening to the public in 1898. This retrospective, hosted by hometown television personality Rick Sebak, reveals why so many cherish this amusement park. Originally aired on WQED, this expanded presentation features home movies and archive footage of the Grand Carousel, roller coasters such as the Thunderbolt and visitors of all ages enjoying the park.