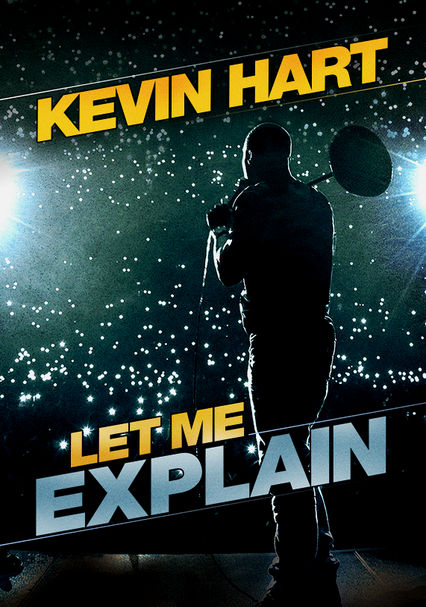 Parents need to know that Kevin Hart: Let Me Explain is Hart's fourth stand-up "concert" film. It includes a prologue set at a party (with drinking) and scenes of Hart traveling all over the world meeting fans; similar bits appear during the epilogue, with the hour-long stand-up act in between. Language is the strongest issue, with almost constant use of "f--k," "s--t," the "N" word, and others. Hart's act also includes strong sexual innuendo (such as references to oral sex and sex with a bean bag chair), as well as plenty of drug references (he talks about taking Ecstasy and imagines himself as a drug dealer). There's also talk of going to clubs and drinking quite often, as well as references to being drunk (and drunk driving). Some of Hart's material references violence, such as an attempt to disarm a gunman outside a club. Hart fans will love this, but it's not likely to convert newcomers.

No nudity or sex, but Hart's stand-up act includes strong sexual innuendo throughout. There are jokes about oral sex during a football game, sex with a bean bag chair, and riding a horse with an instructor.

Hart tells some humorous stories about taking self-defense courses and about attempting to disarm a gunman. The stand-up show features a "shooting fire" effect.

Hart talks about how lying has brought him trouble, and though he claims to have learned from some of his lies, he doesn't show much remorse for the pain he has caused others. Otherwise, his act is irreverent and fairly callous toward others (especially women).

A prologue takes place at a party where adults are drinking and shown to be drunk. An epilogue takes place on a "beer bike," where Hart and his friends are drinking and riding a pedal-powered, bus-like contraption. During his act, Hart talks about taking Ecstasy, imagining himself as a drug dealer, and going to clubs, drinking, and being tipsy. He also mentions being arrested for drunk driving.