Keys to the Code: Unlocking the Secrets of Symbols 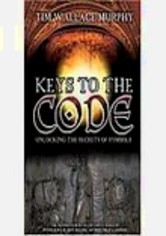 Keys to the Code: Unlocking the Secrets of Symbols

2007 NR 1h 0m DVD
Internationally known author Tim Wallace-Murphy -- an expert consultant to such writers as The Da Vinci Code scribe Dan Brown -- hosts the second part in this intriguing series that explores the symbolism used by secret societies. Listen to ancient teachings from such landmark groups as the Freemasons and others as Wallace-Murphy reveals the psychological and spiritual importance that symbols hold in their mysterious worlds.