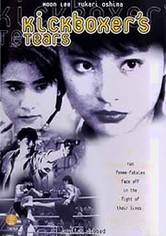 1992 NR 1h 30m DVD
Martial arts champion Li Feng (Moon Lee) returns home only to witness her brother die in a kickboxing match against a ruthless opponent. Vowing revenge, she kills her brother's adversary in a vicious bout, thereby provoking the anger of a local crime boss who's not happy about the death of his fighter. The battle rages on when the mobster decides to off Li Feng with a little help from his fight-hungry Japanese mistress (Yukari Tamura).