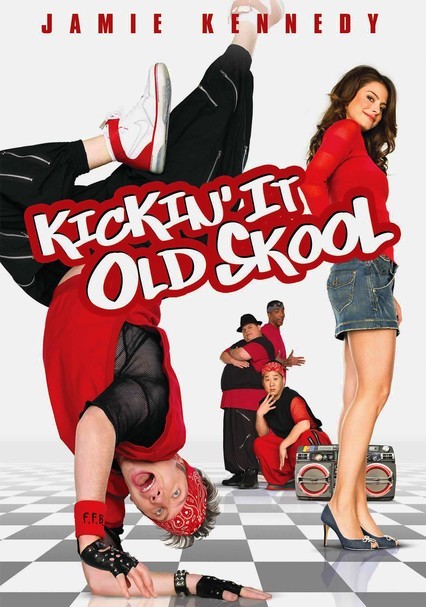 2007 PG-13 1h 49m DVD
Awakening after 20 years in a coma that resulted from a break-dancing accident, Justin discovers that his parents have big medical bills -- and he tries to save the day by entering himself and his friends in a dance competition.

Parents need to know that this Jamie Kennedy comedy has crude humor and language. The "equal opportunity" jokes make light of coma patients, the mentally ill, homosexuals, Jews, African Americans, Latinos, and Asians, but not in an over-the-top way. A few scenes show Kennedy's character (a 30-year-old who miraculously comes out of a 20-year coma) "learning" about sex on the Internet (nothing is shown) and practicing moves on a male buddy who's wearing a wig and a bra. It's not a complete raunchfest like Borat or South Park; most teens are now used to this kind of humor -- as long as they're interested in the '80s, that is.

Dancers push and shove each other, and Darnell's girlfriend "bitch slaps" him.

Several uses of "s--t" and "bitch," as well as "ass" and one "f--k." Characters (one African American, one Caucasian) say the "N" word to each other. Justin says "retard," not realizing that it's no longer considered acceptable. Other problematic words: "homo," a "Jewbiks cube" (features a menorah, a dollar sign, a star of David and circumcised penises), and referring to Asian and Latino friends as "rice and beans."

It's debatable whether Justin is a role model for revived coma patients, but his dedication triumphs over his nemesis' selfishness.

Even at a club party, there's no obvious drinking or smoking.