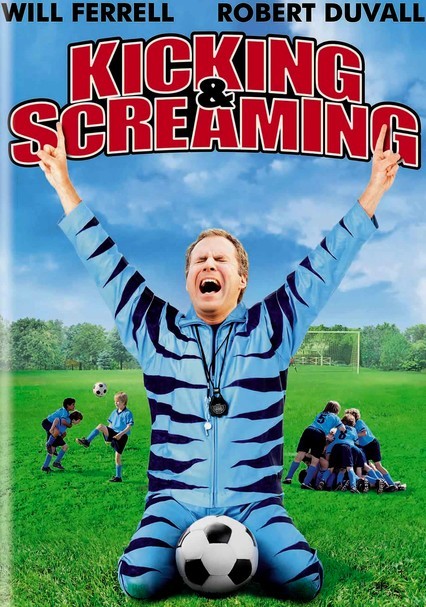 Parents need to know that Kicking & Screaming includes repeated scenes of physical violence against children. Though this is staged as humor -- specifically, a function of the immaturity and insecurity of perpetrators Phil (Will Ferrell) and his father Buck (Robert Duvall) -- it's also annoying and even startling (Phil kicks his own 10-year-old son, Buck pushes another child into a pool). The soccer game scenes are mostly fun, but do include a few rough action sequences. A couple of characters are slapped, punched, and kneed in the groin, adults smoke and drink (Phil becomes addicted to coffee and very jittery). In one scene, the kids' team emerges from a van covered in blood (following an afternoon chopping meat in a butcher's shop), and so intimidate their opponents into forfeiting the game. Phil instructs his team members to bay at the moon like dogs. One child on the team has lesbian parents, who make Phil nervous, though he does his best to be "correct."

Some rude language and crude humor.

Adults coaches obsess about winning until one learns his lesson. More tedious than strictly offensive.

Characters drink in a bar, and one sneaks vodka in a coffee mug.