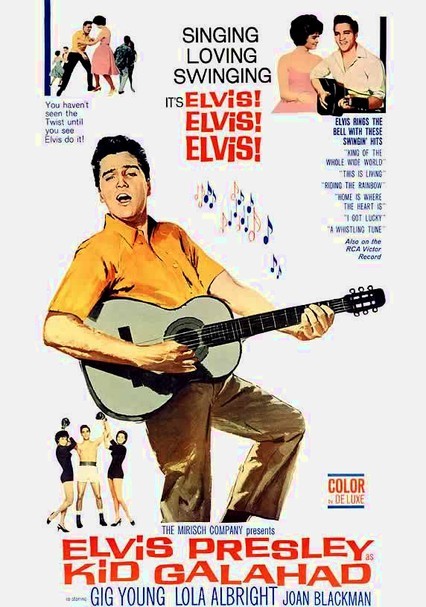 1962 NR 1h 40m DVD
This musical sports drama stars Elvis Presley as Walter Gulick, a discharged GI who returns to his rural hometown seeking work as an auto mechanic. But after talking to a local innkeeper who used to be a boxing manager (Oscar winner Gig Young), Walter decides to use his hands for fighting instead of fixing cars. Under the tutelage of training ace Lew Nyack (Charles Bronson), the rookie pugilist is transformed into the champion "Kid Galahad."