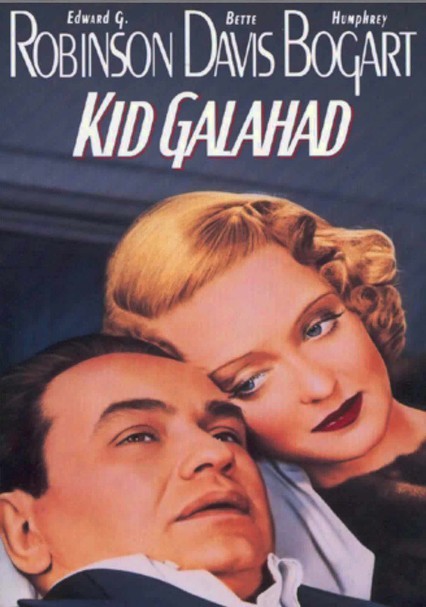 1937 NR 1h 42m DVD
When a swift-fisted bellhop (Wayne Morris) knocks out a prizefighter at a party, boxing promoter Nick Donati (Edward G. Robinson) takes the boy under his wing. But when the fledgling boxer falls for Donati's sister, the promoter betrays his protégé. Now, "Kid Galahad" must decide whether to throw a critical fight or risk everything for love. Michael Curtiz directs this drama that also stars Humphrey Bogart and Bette Davis.