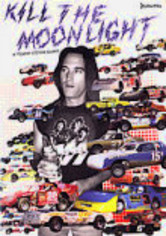 1994 NR 1h 16m DVD
Chance (Thomas Hendrix) works at a fish hatchery and, in his downtime, moonlights as a toxic waste cleaner. But what he really wants to be is a champion stock car driver behind the wheel of a souped-up Camaro. Will Chance ever get the, well, chance, to live his dream? This quirky slacker comedy boasts an extensive soundtrack featuring Beck (the film was the inspiration for his hit song "Loser"), and look for artist Ed Ruscha as a "surf bassist."