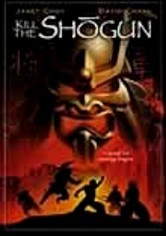 1981 R 1h 43m DVD
After the Japanese stage a brutal takeover of Korea, the Korean army must struggle to keep their country together -- a task that proves difficult when they lose their leader and face a strong and powerful Japanese military. But the Koreans won't be stopped, even after they're captured by the Japanese and tortured in a military prison. It's there that the Koreans begin an incredible martial arts battle to the death to regain their honor.