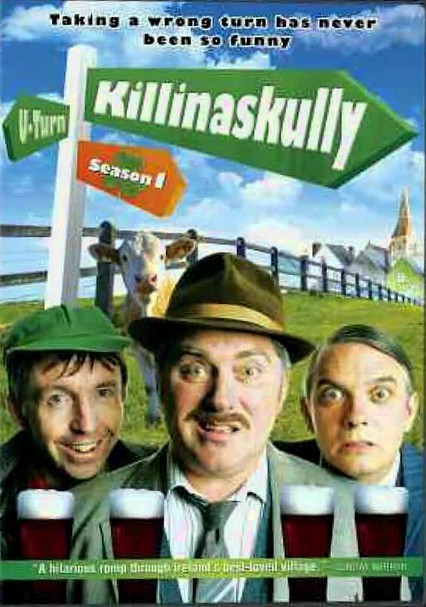 2003 NR 3h 2m DVD
Versatile comedian Pat Shortt portrays multiple characters in this madcap Irish television show about the fictional town of Killinaskully, filled to the brim with eccentric personalities and unpredictable shenanigans. In this premiere season, a bewildered German film crew tries to shoot a documentary about rural Ireland, a rude American threatens to buy a beloved piece of land, and a festive wake goes awry when the dead man's ashes go missing.