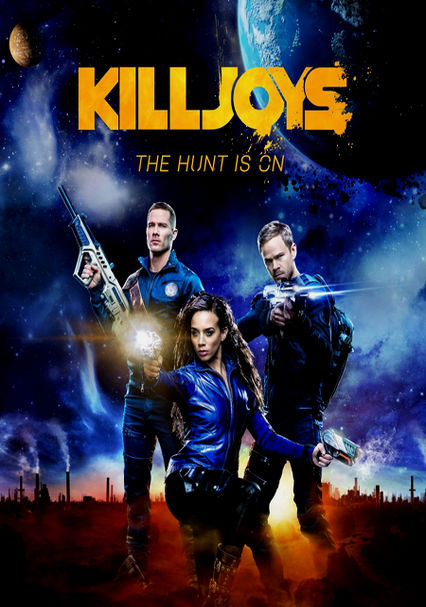 2015 NR 3 seasons
Pursuing most-wanted fugitives in the far corners of space, a rugged team of bounty hunters pools their instincts and their know-how to locate and apprehend some of the nastiest criminals loose in the universe.

Led by the wily and beautiful Dutch, a trio of futuristic bounty hunters takes up the pursuit of dangerous interplanetary fugitives in a distant and unstable region of space known as the Quad.

Dutch, John and D'avin do their best to remain neutral in the tangled multiplanetary conflict that has spread across the entire Quad system. Meanwhile, the Company's repressive policies and actions alarm the trio more than ever.

Killjoys follows a trio of interplanetary bounty hunters sworn to remain impartial as they chase deadly warrants throughout the Quad, a distant system on the brink of a bloody, multi-planetary class war. Season Three features the trio struggling to find the balance between politics, family and the good of the Quad. Out of the ashes of Khylen's death, Aneela and her army are preparing for battle. With Johnny on the lamb, Dutch and D'avin are down one member as they prepare for the fight of their lives.