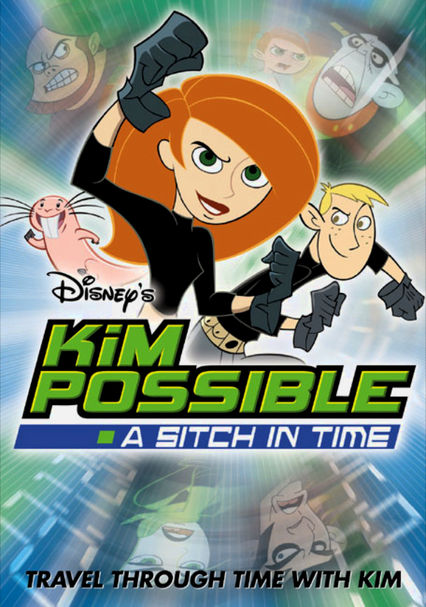 2003 TV-G 1h 6m DVD
In this full-length movie based on the Disney Channel's popular animated series, Kim and her faithful sidekicks Ron Stoppable and Rufus must travel through time -- via the Time Monkey -- to stop the evil Shego from turning the present into the past. Christy Carlson Romano provides the voice for the ultimate crime-fighting teenager. Guest voices include Freddie Prinze Jr., Dakota Fanning, Kelly Ripa and Raven.

Parents need to know that Kim is a good role model in that she's smart and independent, but her profession makes for a surprisingly violent cartoon. Some episodes involve family, but mostly Kim and Ron operate in their own dangerous world. Villains are as goofy as they are treacherous and probably won't scare kids. Some women and men characters are drawn quite voluptuously, including Kim, whose outfits always show her navel.

Some revealing outfits and voluptuous characters. In later seasons, Kim and her boyfriend kiss.

Frequent action-hero violence, including hitting and kicking. Kim carries a device that looks like a gun but shoots a grappling hook.

The main characters value friends, family, and saving the world. One African-American and one Jewish main character. Social cliques exist at the high school, and some kids reject others. Clever, sometimes sarcastic humor aiming for the middle-school set.

Kim never goes anywhere without her high-tech handheld device. She has a computer in her locker and private jets, helicopters, jet skis, etc., at her disposal.