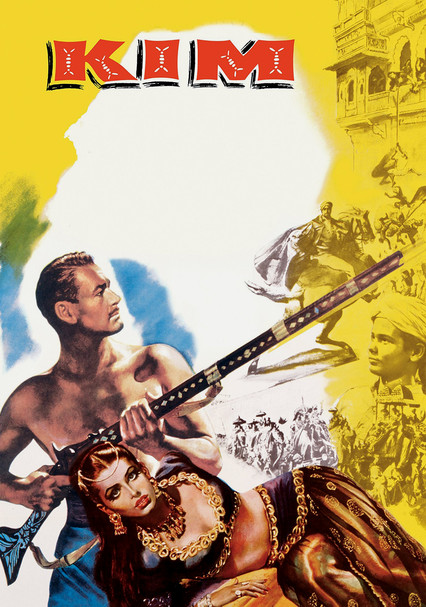 1950 G 1h 53m DVD
Rudyard Kipling's 1901 tale about the horse trader and secret agent (the dashing Errol Flynn) who introduces young Kim (Dean Stockwell) to the dangerous ways of espionage in 19th century India is Golden Age Hollywood entertainment at its melodramatic best. Kim, an orphaned boy, risks his life to spy for the British, gathering information about the Russian forces out to conquer India for the Tsar.

Parents need to know that the main character's parents are dead, which may be upsetting to young viewers. Kim turns to petty theft to survive instead of living in an orphanage. Part of the story takes place during a battle, and a character dies. Issues of race and caste are thematic.