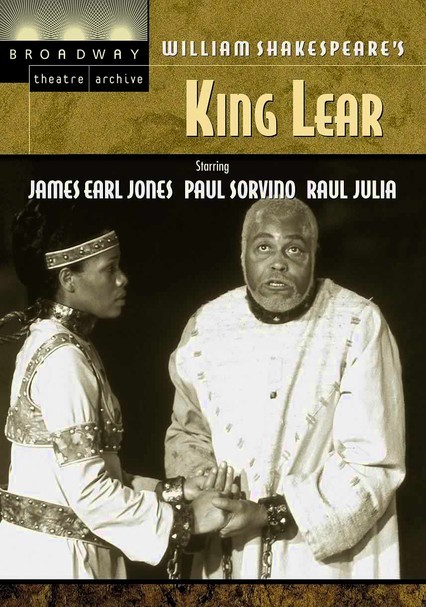 1974 NR 3h 0m DVD
James Earl Jones delivers a riveting performance as paranoid patriarch King Lear, an aging monarch who insists that his three daughters prove their love for him, only to learn he's exalted the two who seek to destroy him. This live performance recording of Joseph Papp's New York Shakespeare Festival production deftly envisions the bard's haunting tragedy with a fine supporting cast, including Raul Julia, Paul Sorvino and Rene Auberjonois.