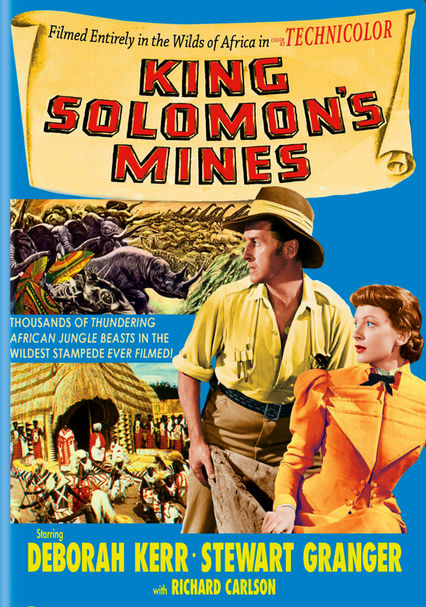 1950 NR 1h 43m DVD
Hired by Elizabeth Curtis (Deborah Kerr) to find her husband -- who disappeared during a hunt for King Solomon's legendary diamond mines -- daring explorer Allan Quatermaine (Stewart Granger) leads a search party on a safari through Africa. Along the way, he successfully evades capture by the Watusis and charms the refined Elizabeth in this rousing adventure film, which won an Oscar for Best Cinematography.

Parents need to know that some children may be disturbed by the violence, and others may be upset by the scene in which Elizabeth Curtis admits that she did not love her husband, and that she is seeking him out of guilt rather than devotion.

Some, including fights to the death with various weapons.

The film is laden with colonial attitudes and racism. Though these aspects of the film were standard for the period, it's because of them that the film hasn't aged well and seems outdated today.