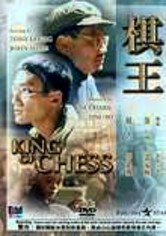 1991 NR 1h 50m DVD
Television producer Ching (Tony Leung) attempts to revive his waning career with the introduction of his latest discovery: a young chess prodigy (Wong Sing Fong) who excites the fascination of the Taiwanese public. Set during the rise and fall of China's Cultural Revolution, the film juxtaposes past and present: The stirring battle of the new whiz kid evokes Ching's memories of a 1960s competition in a Chinese labor camp.