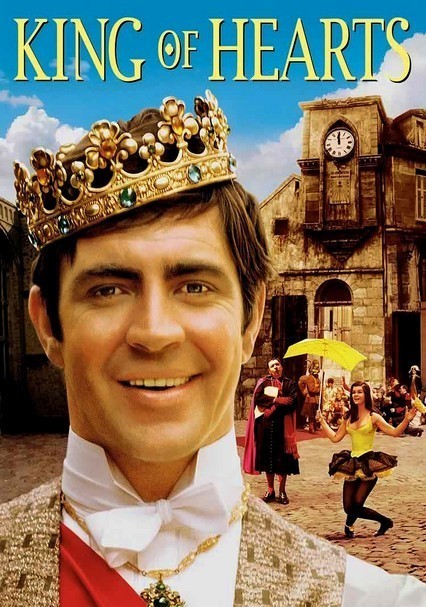 1967 NR 1h 42m DVD
During World War I, Pvt. Charles Plumpick (Alan Bates) is sent on a mission to the French town of Marville to defuse a German bomb. But Plumpick discovers he's not alone in Marville and is soon befriended by the "inmates" of the local sanitarium, who were left behind when the town was evacuated. Thanks to his handiness, the residents, in all their quirkiness, deem Plumpick the "King of Hearts." With that honor, can he go back to the war?