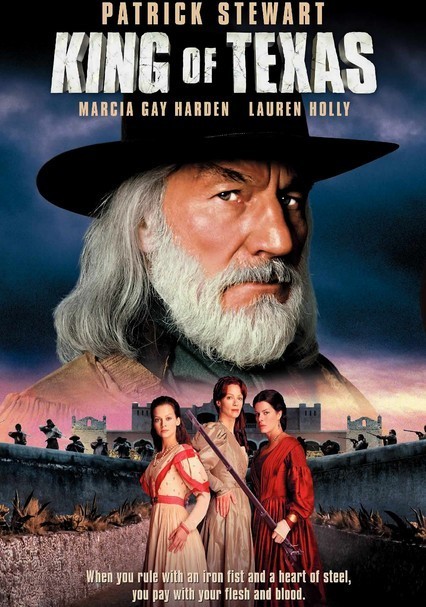 2002 NR 1h 30m DVD
Shakespeare's King Lear goes Western in this drama starring Patrick Stewart, Marcia Gay Harden and Lauren Holly. The Battle of the Alamo is about to commence, and John Lear (Stewart), a power-hungry rancher, pits his three daughters against one another in a race to claim their inheritance. But his youngest, Claudia (Julie Cox), fails to take the bait, engineering Lear's own ruin. Uli Edel directs.