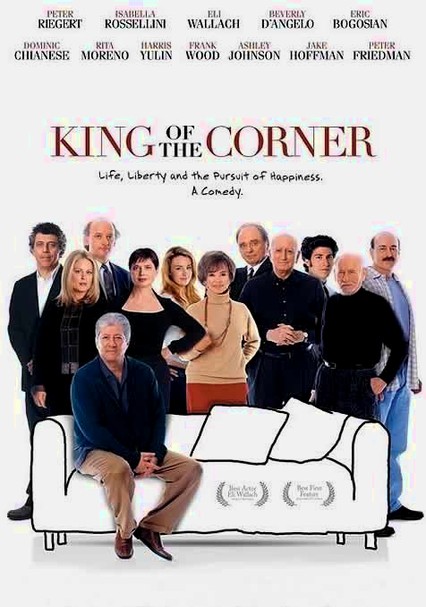 2004 R 1h 35m DVD
Middle-aged Leo (Peter Riegert, who also directs) is facing a brick wall; his marriage is failing, his daughter is dating a boy he doesn't know, and his job is a snooze. Midlife crisis, be damned! At some point, it's up to each and every one of us to face the consequences of our own action … or &NFiin&NFi_;action. Question is, can Leo marshal his own inner resources and take charge of his life? Costars Isabella Rossellini and Harris Yulin.

Parents need to know that this film's central character is a man who has a good relationship with his family until he has an extramarital affair. This is followed by the death of his dad, and a crisis in the workplace, although this chain of events affords him greater appreciation for his family and career by the end of the film. The movie handles mature themes including infidelity, death, and caring for an elderly parent. There is some strong language and a few sexual references.

Main character gets punched for admitting he slept with another man's wife.

Dad is very involved with teen daughter and they have open communication, Leo travels regularly to see his aging dad, appears to have a good relationship with his wife until he meets his high school crush.