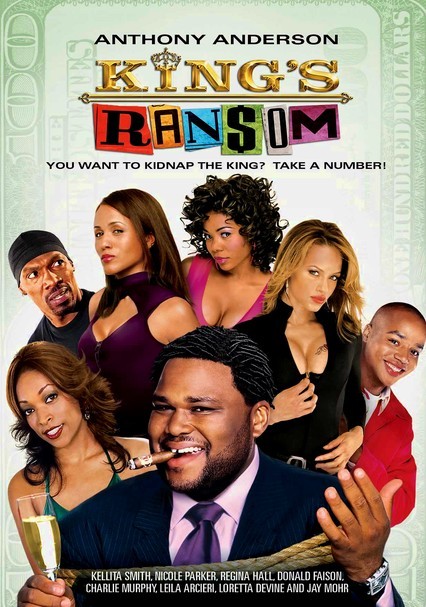 2005 PG-13 2h 0m DVD
A wealthy, despicable businessman comes to the realization that he may lose half his fortune to the obnoxious wife he's trying to divorce. So, he decides to arrange his own kidnapping in order to wipe himself out and claim poverty. However, he soon discovers that several other people have plans to kidnap and ransom him as well ... for real! Stars Anthony Anderson, Donald Faison, Loretta Devine and Jay Mohr. Jeff Byrd directs.

Parents need to know that this movie includes raunchy sexual language, irritating humor at an elderly woman's expense, tired stereotypes, fart jokes, and ridiculous plotting -- all potentially offensive for some viewers. While the language is relatively mild, it is repetitive (frequent uses of "damn," "bitch," and "hell" in particular). Characters drink, smoke cigars and cigarettes, splat condiments (mustard, ketchup) on one another's faces, and fight verbally and physically. Wealthy executive Malcolm is selfish and materialistic, loathed by his wife and employees (who call him a "jackass" more than once), but as these supporting players are dim, obnoxious, and/or greedy as well, you're left with no one to like.

Pretty much everyone is a bad role model.