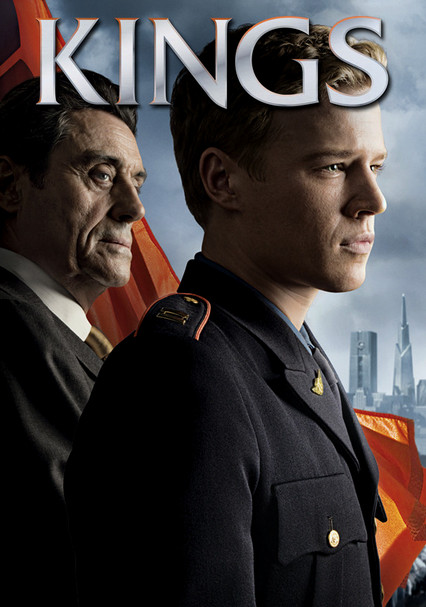 2009 TV-14 1 season
In this modern-day drama loosely based on the biblical tale of King David, David Shepherd becomes a national hero when he rescues the king's son during the nation's long-running war against Gath.

David Shepherd becomes a national hero when he crosses enemy lines to rescue the king's son. But he finds the power struggles in the royal court are just as dangerous as those on the battlefield in this modern take on the story of David and Goliath.

Parents need to know that this drama -- which is set in a fictional modern-day country -- is all about intrigue. Characters are embroiled in complicated court scheming, constantly jockeying for position and influence. There's plenty of plotting and even a few assassinations, though little violence takes place on screen. And while there's plenty of gossiping about the characters' romantic lives, not too much sex is shown. But although the show isn't as racy as some of its primetime compatriots, the complex relationships and machinations may be too complicated for kids or even young teens to follow.

Some flirting, and many characters speculate about who's going out with whom. The king's son seems to enjoy the easy access to women that comes with his position, but his party-boy image is actually a front to disguise the fact that he's gay.

The kingdom is at war, and there are some battle scenes, though they show little actual fighting or violence. There are plenty of heated exchanges, some of which escalate to blows.

Little salty language. One character refers to a woman as a "whore."

King Silas is beloved by his subjects, who see him as a wise and benevolent leader, but in fact he's a capricious despot. He manipulates everyone around him and has no qualms about imprisoning his enemies or ordering the assassinations of people he sees as rivals or threats. He clearly loves his family, though it's a poorly kept secret that he's fathered a child with his longtime mistress. Silas is also unwilling to accept that his son is gay.

Some social drinking and a few scenes of debauchery at bars and nightclubs as the king's son maintains his party-boy image.