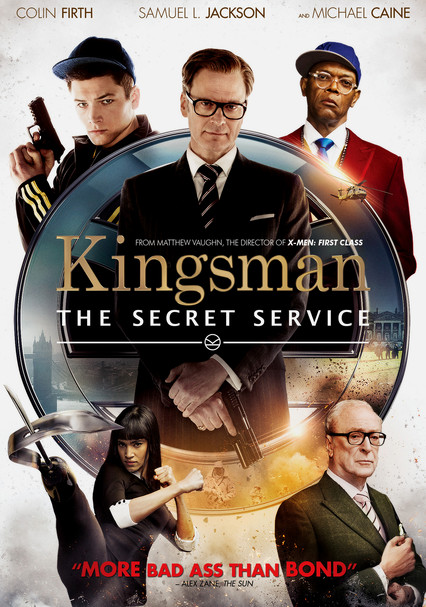 2015 R 2h 9m Blu-ray / DVD
Seeing untapped potential in a wayward teenager, veteran secret agent Harry Hart recruits the young delinquent and schools him in the skills that will ultimately transform him into a superspy.

Parents need to know that Kingsman: The Secret Service is a bold, though at times indulgently violent, action thriller that turns the James Bond genre on its head. It's funny, cheeky, and stylish, but it's also extremely brutal, with exploding heads, gory stabbings, shootings, and utter murderous mayhem (a scene of mass carnage inside a church is especially wince-inducing/stomach-turning). While the violence is presented in a stylized, almost cartoonish way, the sum total of it is likely to disturb some viewers. There's also swearing (including "f--k," "s--t," and some racial/homophobic slurs), sexual innuendo, a gratuitously tasteless scene with a naked female bottom, and drinking. But there's also a smattering of advice about how to be an honorable person in a dishonorable time.

An endless parade of so-over-the-top-that-it's-almost-cartoonish violence; it's stylized and clearly not realistic, but it's still shocking and brutal. Many gory injuries and deaths, especially during a scene of mass carnage inside a church. Scenes include hatchets to the head, a man sliced in half, gunshots at close range, crashes, stabbings, a man impaled on a pole, explosions, eye gougings, heads exploding, and much, much more. It's gruesome yet glamorized, and the sum total is unsettling.

"Manners maketh man" is an enduring message. Also, class and money aren't what define you -- your character does. Loyalty and hard work are rewarded.

Mentions of luxury items/products, including a 1962 Dalmont and bespoke suits made on London's Savile Row. Also Adidas, Guinness, and a big, obvious plug for McDonald's.

Many scenes show people drinking beer and hard liquor at pubs and at home, sometimes leading to violence. Rohypnol is also mentioned.