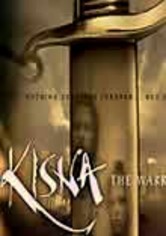 2005 NR 2h 50m DVD
It's 1930s India, and change is in the offing. Nationalists are rooting for independence, and the Brits are feeling under siege. In this tense atmosphere, a local named Kisna (Vivek Oberoi) befriends an English woman named Katherine (Antonia Bernath) after saving her from an angry mob. But their kinship is threatened by the growing acrimony of warring cultures, and while the two may be falling in love, peace doesn't appear to be at hand.