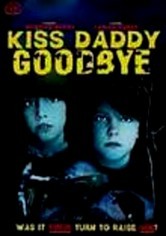 1981 NR 1h 32m DVD
When a biker gang shows up to their house and kills their father, two young twins draw upon their psychic powers to seek revenge, resurrecting their dad and sending him on a killing spree to brutally murder everyone responsible for his death. But while their plan is being carried out, the telekinetic kids must avoid the nosy board of education employee (Marilyn Burns) and police deputy (Fabian) who come snooping around.