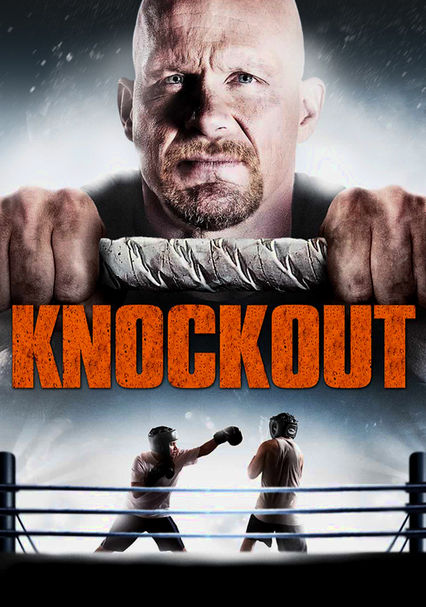 2011 PG 1h 35m DVD
This action-packed family film stars Steve Austin as Dan Barnes, a former pro boxer who retired after growing weary of his violent existence. Now a school janitor, Dan tries to help a new student who is being targeted by bullies.

Parents need to know that Knockout is a 2011 feel-good sports movie starring teen favorite "Stone Cold" Steve Austin with frequent bullying and taunting between the "jock" Hector and the "new kid" Matthew. Even as Matthew trains and learns to box, he is pushed, shoved, called names, and knocked down almost every time he runs into Hector at school. In the boxing ring, Matthew is beaten up and bloodied by Hector. In spite of the bullying, Matthew learns to box, but more importantly, learns to believe in himself, to set and meet realistic goals, and to persevere through the difficulties of high school and family life -- messages that will ring true to older tweens and teens.

A high school freshman boy and girl kiss while on a movie date.

Frequent bullying and taunting, including one teen knocking down another in a school hallway, a fist fight, and several incidents meant to embarrass -- ultimately met with consequences. Boxing violence including one set-up where Hector goes overboard in the ring, leaving Matthew knocked down, bloody, and with a black eye. During legitimate high school boxing matches and sparring practices in the ring, punches land in characters' faces, heads, and chests. Occasionally, a punch leaves a character knocked down or dazed.

Frequent taunting. A bully frequently calls others in his high school names like "loser" and "poindexter." Also: "sucks," "butt."

The film shows the importance of setting goals and putting in the time and effort to meet those goals. Also, how teens can take constructive action toward solving social problems, especially by learning self defense.