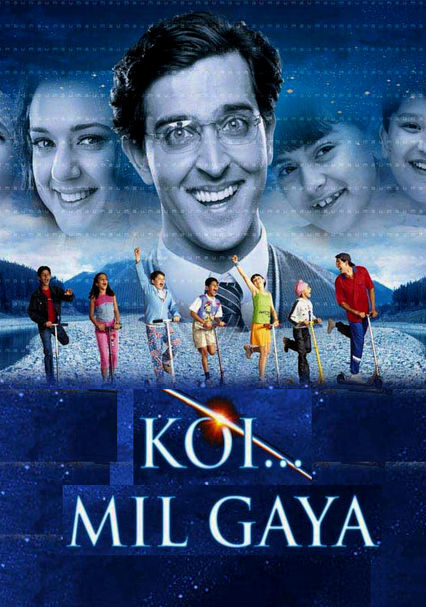 2003 NR 2h 50m DVD
The mentally challenged son of a scientist who had been able to establish contact with extraterrestrial life, Rohit (Hrithik Roshan) accidentally summons a spaceship and befriends the alien inside, who grants Rohit powers that allow him to live a more normal life. While Rohit makes discoveries -- such as love -- that were outside his reach before, government officials are on the hunt to capture the alien and his spacecraft.