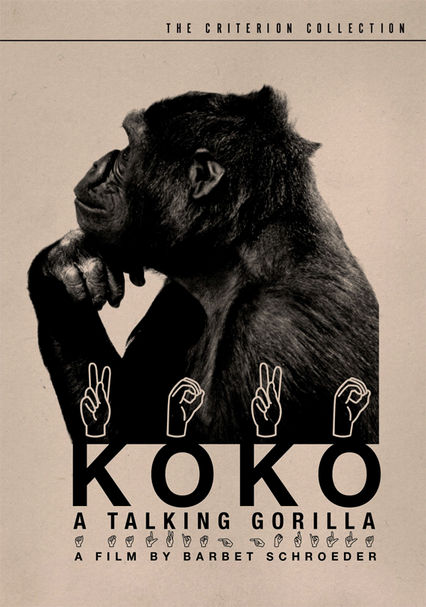 1978 NR 1h 20m DVD
At the tender age of 3, a female gorilla named Koko was brought to Stanford University, where she learned to communicate through American Sign Language, astounding the world with her ability to "talk." This fascinating documentary from acclaimed director Barbet Schroeder and cinematographer Nestor Almendros tracks Koko's early years and shines a light on her controversial work with tutor Dr. Penny Patterson.