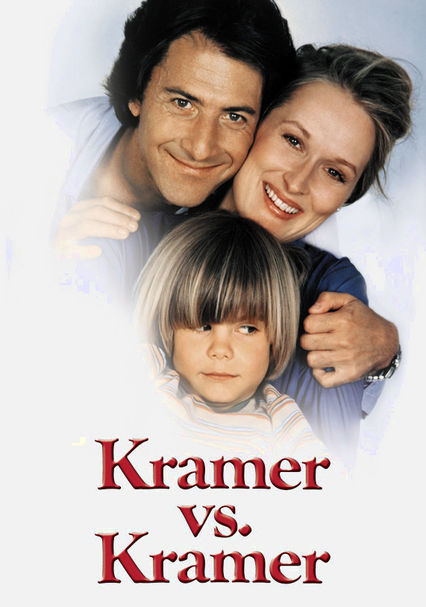 1979 PG 1h 45m Blu-ray / DVD
Ted (Dustin Hoffman) is a career-driven yuppie -- until he finds out his dissatisfied wife (Meryl Streep) is leaving him and their 6-year-old son. But just as Ted begins to love being a full-time parent, his wife reappears to reclaim the boy. Poignant and beautifully acted, this cinematic tearjerker swept the 1979 Academy Awards, winning Oscars for Hoffman and Streep in addition to Best Picture, Best Director and Best Screenplay honors.

Parents need to know that this multiple award-winning film about the wrenching truths of divorce and its effects on both parents and kids has moments of great humor as well as heartbreak. Watching the relationship between a clueless dad (as he becomes a dedicated, loving father) and his young son (as he learns to deal with the pain of losing his mother) is suspenseful, very intense, and highly moving. Made in 1979, the filmmakers made a groundbreaking effort to treat a mother, who leaves her young son behind, with dignity and understanding. Following a bedroom scene showing two adults after a sexual encounter, a naked woman comes face to face with a little boy in the hallway (breasts clearly visible as she attempts to cover her genitals); the moment is played for comic effect and embarrassment rather than sexual provocativeness. In one tense, lengthy sequence, a child falls from a jungle gym, is rushed to an emergency hospital, and undergoes stitches on camera. There is occasional swearing ("goddammit"). Adult beverages are consumed in a number of social situations, and, once, the dad uses alcohol after a particularly difficult argument with his son. A few people smoke.

A couple is shown in bed after having sex. In what is intended to be comically embarrassing, the nude woman gets up and goes into the hallway, where she unexpectedly encounters a 6-year-old boy and uses her hands to cover her genitalia, but her breasts are visible. She's also seen fully naked from behind. Some couples are seen kissing at a holiday party.

In a suspenseful sequence, Billy, age 6, falls from a jungle gym. His face is bloody, and his father rushes through city streets to get him to an emergency room, where a doctor stitches a gash in his face. Some tension during father-son arguments; the dad carries the screaming boy to his room.

Multiple instances of "goddamn it." One "s--t" and one "bastard."

Encourages understanding, sensitivity, responsibility, and tenderness in child-parent relationships, focusing on father-child. Advocates hear both sides of the story and respect differing points of view. The film gives forceful examples of positive ways of dealing with disappointment, anger, and fear.

Casual social drinking occurs in several dinner, restaurant, and party scenes. Ted Kramer pours himself a drink after a particularly difficult moment with his little boy. A few characters smoke upon occasion.