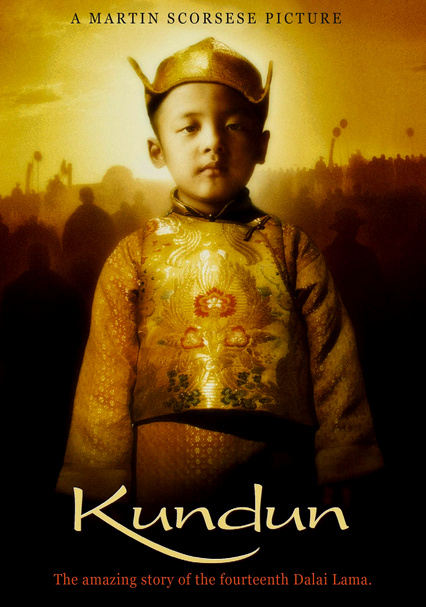 1997 PG-13 2h 15m DVD
Martin Scorsese directs this biopic about the life of the Dalai Lama, detailing his escape during the Chinese invasion, meetings with Chairman Mao and eventual exile in India, vividly depicted with Oscar-nominated cinematography by Roger Deakins. Starring Tenzin Thuthob Tsarong, a grandnephew of the Dalai Lama, the movie was shot with a cast of unknowns in Morocco when film crews were forbidden to enter Tibet.