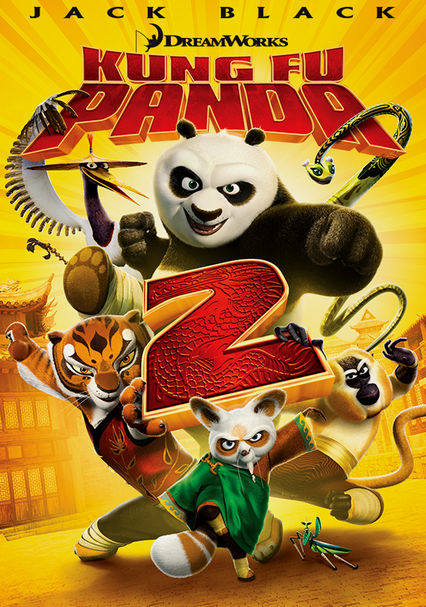 2011 PG 1h 30m Blu-ray / DVD
Kung fu master Po dutifully guards the Valley of Peace alongside his allies the Furious Five. When a frightful new enemy emerges, they embark on a perilous journey to save China and the art of kung fu.

Parents need to know that this sequel to 2008's hit animated film about an unlikely martial arts hero returns to China, where Po (again voiced by Jack Black) and the rest of his kung fu clan must defeat a new villain who's armed with gunpowder and cannons. The movie's surprisingly poignant, sometimes serious story addresses the conflict between tradition and modernization, as well as Po's discovery of a long-hidden tragedy and his journey to accept an unusual upbringing. Not surprisingly, there's plenty of action -- including explosions, swordfights, and lots of kung fu fisticuffs. Scenes involving parent-child separation could also be upsetting for kids. Unlike the first film, this one is offered in 3-D, which can make some of the sequences feel more intense.

Plenty of hand-to-hand combat. The fight scenes are fast and furious, but hardly anybody seems to get injured. An important theme here is modernization, as the martial arts warriors must face off against an opponent who's armed with gunpowder and cannons. Scenes involving a baby Po being separated from his parent (and the parent's implied death) may upset some kids.

The main message is that family is important, but it's not always defined by blood: The people who love and nurture you are also part of your family. The film also focuses on the need to let go of ancient slights that can only drag you down and instead seek to achieve inner peace.

No product placement within the film, but lots of offline merchandise tie-ins.