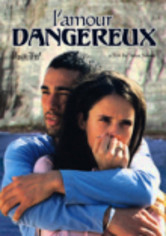 2003 NR 1h 30m DVD
After participating in a botched robbery that knocks a police officer unconscious, a charming teenager named Simon hits the road with his 16-year-old girlfriend in a car they stole from her father. With the cops on their trail all the way to the beach, they're in for a dangerous ride. Nicolas Cazalé (Three Dancing Slaves) co-stars in this action-packed getaway picture from French actor-director Steve Suissa.