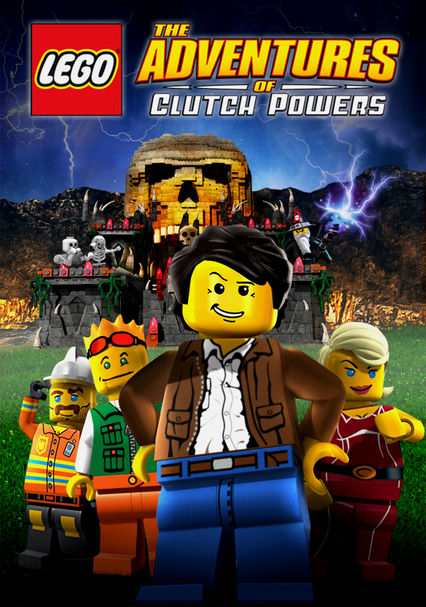 2010 NR 1h 22m DVD
From Space Police prison to the medieval castles of Ashlar, master builder and adventurer Clutch Powers and his band of plastic friends put their brick-laying skills to work to fend off evil wizard Mallock the Malign and his dreaded skeleton army.

Parents need to know that, like the popular LEGO video games, this DVD is both enjoyable and literally built on everything LEGO, from the punctuated ground on up to the snap-on characters' hair. Many of the scenes begin with a character encountering a pile of LEGOs that they have to craft into a working spaceship or vehicle. Of course, all of these items are for sale in stores. Though the underlying message of the importance of teamwork is good for all ages, there is some fighting with weapons and scares for younger viewers, like an army of skeleton characters and a rock monster.

The only female in the entire cast has cleavage painted on her plastic outfit. She kisses a fellow team member to get her way.

Swords, weapons that blast, axes -- but all look like LEGOs of course. Some scares including a rock monster and a legion of skeleton warriors. A character named Brick likes to destroy everything he comes in contact with; he's the "weapons specialist" of the group.

Stresses the importance of teamwork and how to work together respectfully. On the other hand, there's only one female character in a cast of thousands. She's made out to be a clever adventurer, but one with cleavage painted onto her outfit. Plus there's some potential African American stereotyping in the form of a comedic skeleton character.

LEGO logos everywhere, LEGO models assembled as part of the plot at regular intervals, every scene has a different LEGO set that corresponds with what is saleable. It's like going to LEGO-LAND without leaving the house.