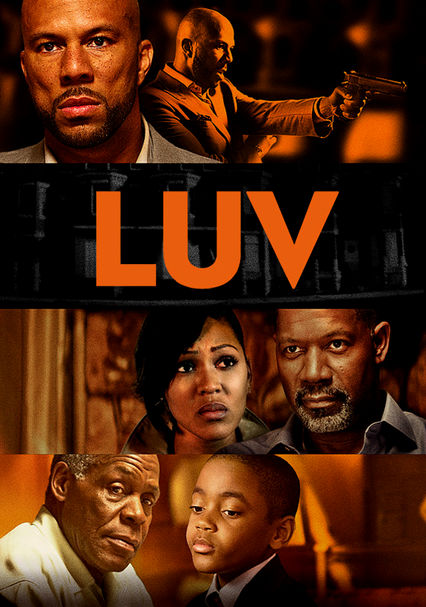 2012 R 1h 35m DVD
This indie drama portrays a single day shared by an 11-year-old boy and his uncle, who's recently rejoined the world after eight years in prison. When the older Vincent brings young Woody along on business, fresh lessons in life await them both.

Parents need to know that LUV is a gritty drama that follows a young boy who spends the day tagging along with his fresh-out-of-prison uncle, who's at risk of being pulled back into the underworld. The boy is exposed to several violent encounters with drug dealers and is repeatedly threatened at gunpoint, all of which can be very distressing to watch. Expect plenty of additional violence and rough language (including "f--k" and the "N" word), as well as some drinking and drug content/references.

An adult tries to give his young nephew some tips on flirting with women.

A young boy is exposed to drug deals, violent beatings, and murder while tagging along with his adult uncle. They're threatened at gunpoint at one point, and he's forced to pick up a pistol during another deal gone awry; his uncle berates him afterward for freezing during the conflict.

Frequent swearing, with "f--k" and "s--t" in almost every sentence. African Americans frequently refer to each other using the "N" word.

Woody's uncle Vincent promises to teach him what it means to be a man, but the lessons in real life soon turn unpleasant. Woody learns that, for an ex-con, real life sometimes means encounters with violent drug dealers, old girlfriends who've moved on, and old friends who might not be as helpful as they claim.

The main characters spend the day running errands in a fancy Mercedes.

Adults drink beer during a meal, and they offer one to a young boy. Several scenes feature drug dealers arranging transactions.