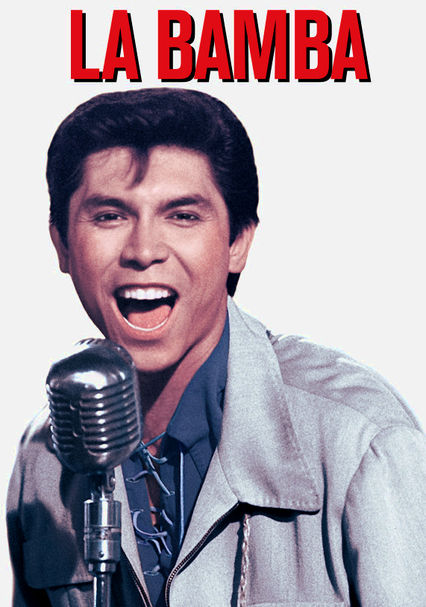 1987 PG-13 1h 49m DVD
The plane crash that killed rocker Buddy Holly also took the life of Ritchie Valens, a 17-year-old Mexican-American who rocketed to fame with the hit "La Bamba." The film paints a vivid portrait of Valens's modest upbringing and rise to stardom.

Parents need to know that a central character dies in this movie, although the death occurs off-screen. Also, there are several scenes involving violence, drunkenness, and/or drug use. While Ritchie's courting of Donna is innocent and sweet, his brother is quite the opposite with women. He's violent and a scene implies that he forces sex on his girlfriend. Both that and Ritchie's recurring (and prophetic) dreams of a plane crash will be disturbing to sensitive and younger viewers.

A couple passionately makes out; they are still wearing most of their clothing and are shown from the chest up when they appear to start having sex. Teens kiss and "neck." A character remarks about his girlfriend, "I almost have to rape her just to have sex." The same character takes his younger brother to Tijuana to get him "laid." Prostitutes at a brothel/dance hall line up to be chosen.

One character in particular has violent, alcohol-fueled flare-ups that include fistfights and brawls with men and violence against his girlfriend -- verbal, physical, and sexual (a rape is implied by not shown). A character has a recurring and increasingly graphic nightmare in which two planes crash in the sky and the fiery wreckage rains down on children in a schoolyard. A main character dies in a plane crash, which takes place off-screen and is handled by radio reports. A folk healer is shown stripping a dead rattlesnake in half.

Profanity throughout, including "f--k" and "s--t."

Staying true to one's dreams; family loyalty. When a producer asks Ritchie what's more important -- his friends or his music -- Ritchie replies, "My family." Characters are generally good, supportive, and caring people. One character is a violent, alcoholic ex-con who struggles with his behavior throughout the film but appears to be cleaning up his act in the end.

Characters are shown drinking alcohol, smoking cigarettes, and/or smoking pot. One character sells a friend some marijuana; the kilos are shown taped to his torso under his shirt. The same character often becomes drunk and violent. A character wakes up with a hangover.