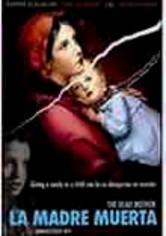 1995 NR 1h 45m DVD
Years after murdering an innocent woman and severely disabling her daughter Leire (Ana Alvarez), Ismael Lopez (Karra Elejalde) crosses paths with his victim once again. Fearing that Leire -- who, because of Ismael's actions, has been left mute with the mental capacity of a child -- might still be able to identify him, he decides to hold her hostage in exchange for a hefty ransom. But he doesn't count on becoming attached to her.